The big two face off

So Tableau vs Power BI or Power BI vs Tableau, even the ordering seems to get some people fired up. In the last two years I’ve been in the middle of this debate and have picked a definite side, however I have actually done an in-depth review of both products (against my requirements). So if you will let me I’ll try to provide my views on this and hopefully they won’t come across too one-sided.

Before we go any further let me start by saying I am definitely 100% in Team Power BI, however I hope you will follow my reasons for this through this article and if you feel you are solid Team Tableau you will at least be able to appreciate my reasoning and we can agree to disagree.

I want to start with a job I had in my past, I worked as a Data Analyst for the NHS in the UK my life was spent working with spreadsheets and CSV exports from various patient systems, what I often had to do was to take whole exports and through Excel break them down into a meaningful table or chart to provide to my customers or to put into a national return. This was largely manual work and there was a definite monthly cadence to it all. Deadlines were typically 5th – 12th of the month because there was no way you could turn things around sooner. This is when I began to experiment and being a resourceful urchin I discovered the world of Access Databases where you could build reporting clients that would connect to a spreadsheet and with few clicks some early stage analytics coud be done… by almost anyone.

From then until now the requests have been largely the same although now I am more jaded individual with a healthy dose of cynicism to see me though the day. Reporting is like feeding a fire, the more fuel you give it the bigger and more ferocious it gets. In other words the more data you provide management the more they want… I know I used to slave for a day or more on a spreadsheet deliver it and get the immediate “That’s great, but…” that’s normally the cue to go and spend another few days investigating and extending the Excel Spreadsheet.

Excel Hell is a thing

“Wait a minute” I hear you all saying, “these are large enterprises, didn’t they have reporting suites?” The answer is yes of course they did, but Crystal Reports, Microsoft SSRS (back then) didn’t have an agile interface, so you had some reports happening in your BI suite but most happening outside it. Even now as a die hard Microsoft Stack guy and with enough skill in SQL to consider myself an amateur I can admit I’ve never got close to getting comfortable with MDX the Microsoft language for reporting.

So far I know I have spelt out the sales pitch for Tableau and I don’t argue with it. Tableau is a compelling and capable tool to solve the issue of being stuck in that world of data exports and Excel. Tableau provides a solution that means you can establish locations update source data and then have your better looking visualisations ready there any then. Tableau has an easy enough interface that anyone who can handle Excel can handle Tableau and you can of course set up your visuals to allow non-Excel literate people to question and query the data further. Really Tableau Deserves its place in the Leader quadrant of the Gartner BI Quadrant. Having completed the Desktop Level II course in Tableau I can really see the value of it as a tool and understand and agree with it being where it is in the market.

By now you should be wondering “Why is he on Team Power BI?” The answer to this is a simple one, the issue with Excel Hell is that there’s a fundamental lack of agility in the IT implemented BI platofrm of an organisation. That makes perfect sense once you look at what is going on. Extracts are taken from views in SQL at most or CSV files etc… in other words an intermediate step is being added. If you’re in a position where you need to do that then Tableau is the tool for you and you can stop reading, however I believe this is nothing more than a band aid and cannot be a lasting position. There is an aknowledgement within businesses that they need to have Data Warehouses while at the same time reports now need to be available in a more 21st centrury fashion, so on phones, web etc… and dynamic. That’s the world I have been working in for the last three years and believe very much in minimising the distance between work and report, so cutting out manual, middleing steps. I want ETL to take data automatically from source to the visualisaion model with a plan to evenually get to where the visualisation can write back to the original data (but I’m not there yet). From my investigations that’s the mindest that Microsoft took with their platform, they wanted to create an agile platform that was simple enough for an Excel user to understand but have the power of “Enterprise” behind it. I think over the last three years Power BI has shown itself to be more than capable at that.

The uncomfortable conclusion I have to all this is that if you are part of IT then you will lean in favour of Power BI while the business users among you will prefer Tableau. Maybe we all need to work out how to get along a little better… for the sake of the future!

UPDATE: Apr-2019 – So much has changed in the last six months. In my day job, I am running a superuser community, and the conversion rate of people from Tableau to Power BI is enormous. The biggest reason (and honestly the reason I hate the most) is economic. In my personal experience Tableau deployments fail when you end up doing the same thing as you did with Excel, let me clarify… Tableau was supposed to free you up from “Excel Hell”, so allow better visuals, more quickly that could then leverage business insights, and it does that well. However for your consumers to access it you either need to get into the world of server subscriptions of share files around, so often, people are copying and pasting screenshots into PowerPoint decks to show management. While the subscription model in Tableau does make that more palatable you can quickly run up against issues of what people can do with the “Viewer” subscription, while the super-user costs are also high. What I found was that many of the Tableau teams were using advanced excel spreadsheets to prepare their data for import into Tableau still as well. The net result of using Tableau was unfortunately only prettier PowerPoint slides. Power BI – even with just using the Pro licencing tier – delivers a better cost profile so licencing the whole community becomes something the business is prepared to sign off. The net result is our Tableau subscription numbers are going down while Power BI is increasing. 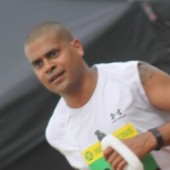 Upwards and Onward my friend

I created a monster!

Another day another village?

This site uses Akismet to reduce spam. Learn how your comment data is processed.